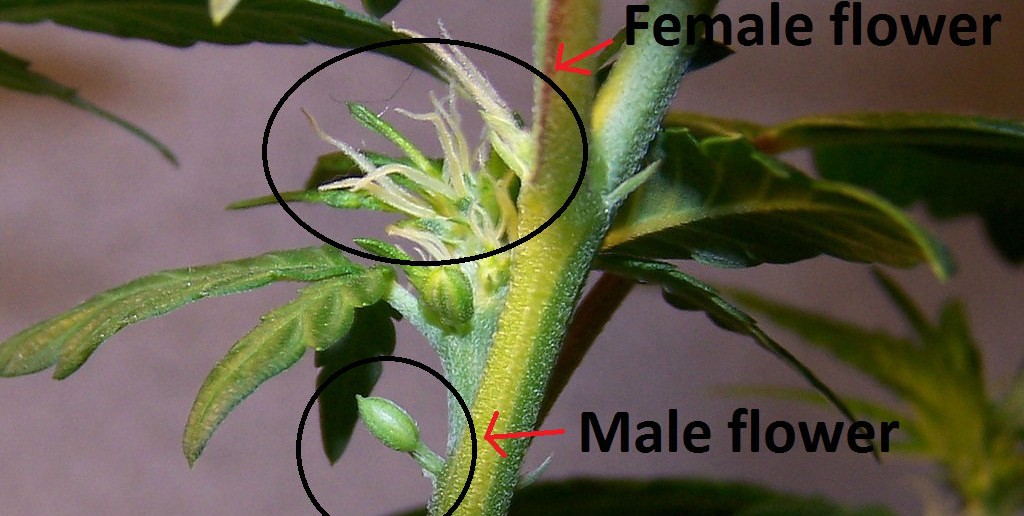 What Are Autoflower Hermies (Hermaphrodites)?

What are autoflower hermies?

Hermaphrodite or “hermie” cannabis plant simply saying is a one sex plant that develops opposite sex flowers.

Autoflowering cannabis growers usually come across hermaphrodites that are females and show some male flowers. But the opposite can also happen and a male plant can show female flowers.

When a male autoflower plant shows female flowers it is usually called the “backward” hermaphrodite and they are seen far less often because growers usually grow females and exterminate the males.

This phenomena of one sex auto cannabis plants turning hermie can be explained in two ways:

Hermaphrodites are usually considered a bad thing and growers tend to exterminate them before these female cannabis plants can develop fully functioning male flowers and ruin the sinsemilla crop. In fact, if a genetic hermie plant pollinates himself or any other female there is a 50% chance of these next-generation seeds to become hermaphrodites and that is the real reason why people fear hermies.

But there is a good side of hermaphrodites too! Cannabis plants typically are females (they have xx chromosome) or males ( xy chromosome) but if you induce these plants to stress then you can get the opposite sex flowers to appear on the plant.

If a genetic female that has only the xx chromosome produces a male flower it can only transfer the x chromosome and if this pollen is collected and another genetic female is pollinated with this exact pollen then the offspring (seed) will only have the xx chromosomes and it will produce almost all females. This is one of the ways how seed companies produce the famous feminized autoflowering seeds. There is always a small possibility that a feminized seed will become a hermaphrodite but it is far more likely to get a female than a hermie.

So if you have stressed your plants and some of your females start showing male flowers you can in fact collect this pollen from these male flowers and pollinate some other females and produce your own feminized seeds. This is a good way to get cheap autoflowering feminized seeds and with a small amount of work and a ruined plant (hermie) can in fact become very valuable.

If you try to produce these feminized seeds you must be sure that the autoflower hermie plant was stressed properly before producing the male flowers and not just producing these opposite sex flowers in perfect conditions because if the plant turns hermie easily the “feminized” seeds can be unstable and produce a much larger percentage of hermies than usual.

Experienced breeders and seed producers take only the strongest females that show no weakness of becoming hermaphrodite and stress them almost to their death and only then these strong autoflower females start producing male flowers and that pollen will make a real feminized seed!

If you think about these feminized seeds and their advantages then you can see that any amount of hermie/female ratio will be better than the % that you get from regular cannabis seeds because from regular seeds you can get males, females, and hermie plants but if you eliminate the male plant from the equation then chances of the plant being female is much higher.

These weird hermies are very rare appearance and there is not much information about their positive and negative traits but the potential of these male hermaphrodites is huge and we need to do more research to fully understand these plants.

Another form of hermaphroditism is the male flowers that sometimes appear in the last days of a flowering female cannabis plant. These females are not considered hermies and that is a natural occurrence of some cannabis strains.

This phenomenon can be exploited to once again produce feminized autoflowering seeds but these male flowers that grow in the last days of flowering need time to mature and in most cases your plant will be worthless when these male flowers are ready to spread pollen and most growers ignore them and harvest that plant anyway.

But if you let that plant grow out the male flowers and collect that pollen then it is a good way to make feminized seeds but that female who produced those male flowers will be worthless because the THC will most likely be degraded by the time the male flowers are mature enough to spread pollen.