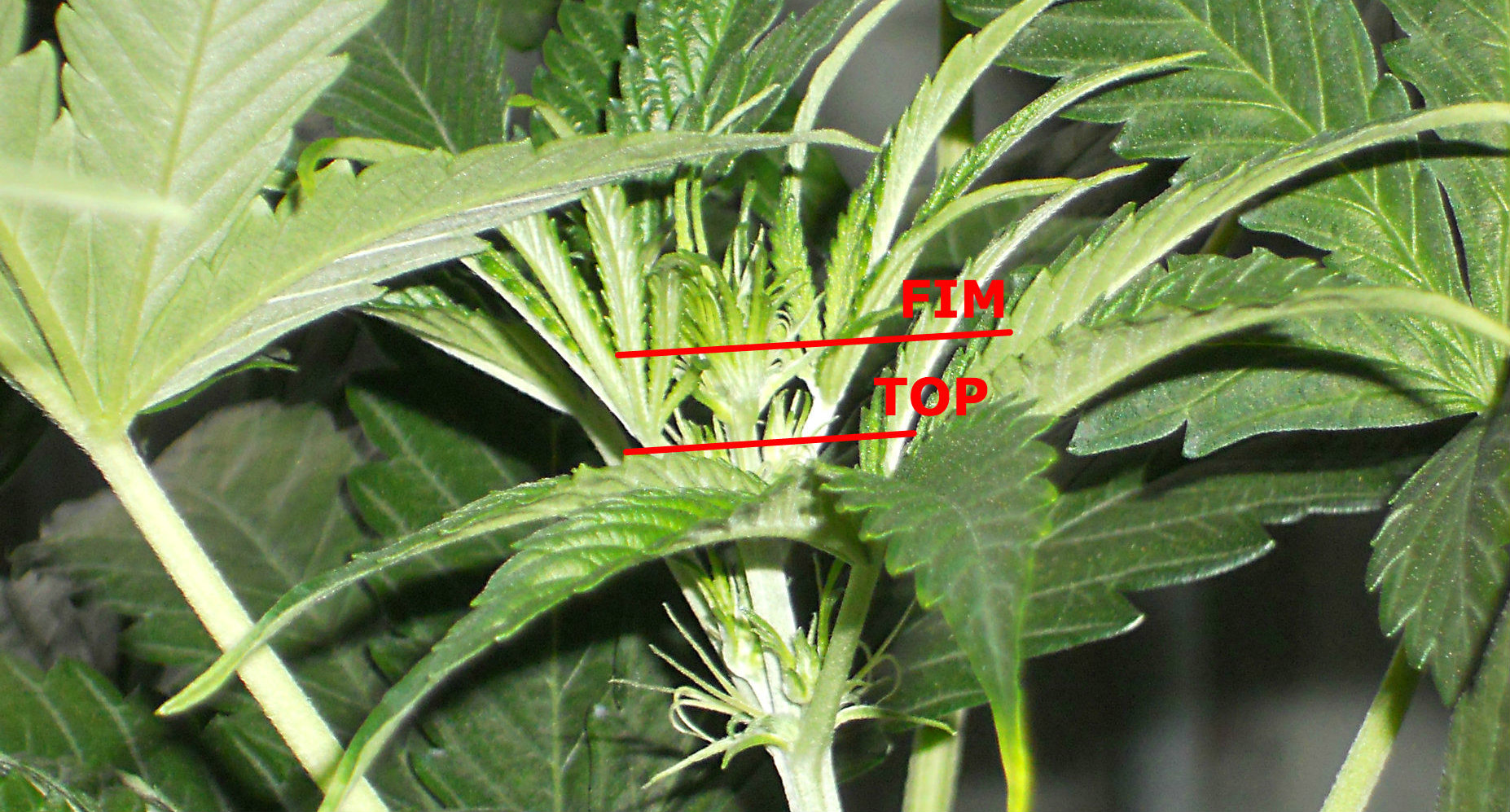 Topping autoflowering cannabis plants usually is considered bad practice because autoflowers have a pre-set life cycle and the thinking goes that any stress will reduce the plant’s yield as it will have to recover from that high-stress training method instead of focusing all its energy on growth.

There are many opinions circulating in the autoflower community as each grower argues that his version of the truth is the correct one. But in this article, I want to help you find out what is topping and fimming and how as well as when to use these training methods.

First of all, we need to find out what exactly is fimming and topping and how does is work and then we can examine if these training methods are beneficial to ruderalis plants.

If you know little from plant genetics then you must understand that cannabis plants utilize chemicals called auxins that are mainly responsible for root production and also for bud development. These auxins work like gates that promote more growth in the place which is closest to the energy source (sunlight or artificial light). That is done because the cannabis plant wants to create one main bud that has the highest chances of surviving winter and producing offsprings from the seeds inside the bud. This is why any vegetation that we can see usually grows in a triangle or cone shape where the main shoot is directed towards the sky and in that way gets the most energy but all the other shoots line up getting smaller and smaller amounts of energy.

If for some reason the main plant’s shoot gets stuck or is removed then this plant will start creating more auxins in the next shoots that are closer to the light source. And this process is what we as growers exploit to our advantage in LST and HST training methods.

Topping is an HST (High stress training) method that promotes multiple bigger bud production and in that manner exposes more growth to the light source and in theory, this is how you could get more growth and bigger and heavier buds.

This topping process is done by cutting off the top shoot of your cannabis plant and in that way stressing your plant to produce growth in the lower branches and creating not just one but multiple main shoots.

In regular photo-sensitive plants Topping is usually done in the vegetative growth stage and usually, growers TOP their plants multiple times to get the desired shoot count before switching to the flowering light schedule.

But because autoflowers have a pre-set life cycle you can only top them while they haven’t started producing flowers. And that means growers usually have only a couple of weeks to do this and then let the plant recover and start producing buds while getting ready for harvest.

Because of this short time span and the stress that is caused by the cutting process, it is generally considered that topping auto-flowering plants is a bad idea as this process will only decrease the end yield even if the lower branches get more light.

With regular plants, you can veg them as long as you like and only then change the light cycle but with autoflowers you have a pre-set time frame and any stress will result in a loss of yield. I myself have not experimented with side by side grows with plants that are topped and that are not topped. But I found a great grow journal in the UK240 forum where a grower did exactly this and the end result was that any topping (even the smallest) resulted in smaller yield and shorter plants.

Of course, the yield difference was not huge as those topped plants most likely lost only a couple of days of growth but still, any loss in the end yield is a bad thing. And that is why I, myself, use only LST methods that don’t create any stress to my plants and if it is possible then leave my plants alone as their natural growing style usually produces the best results.

What is FIM or FIMming? 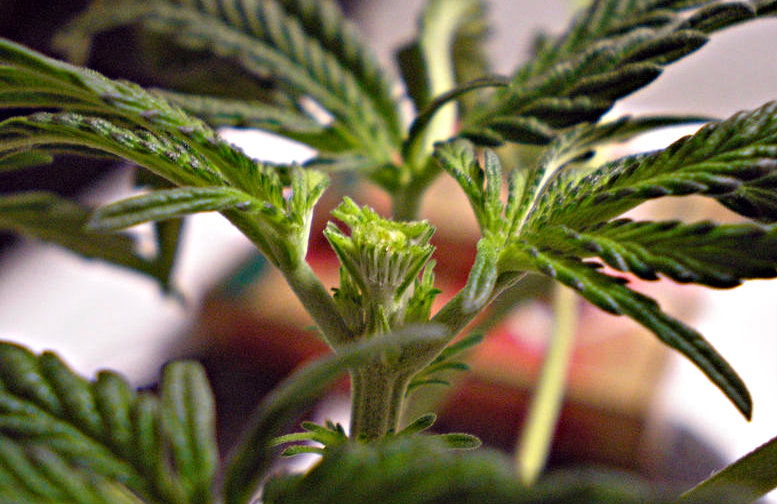 FIM or Fimming is another training method that is similar to topping but here you don’t chop off the whole main shoot but just the tip and in that way you create not just two main shoots bus more like 4 shoots and a lot more energy with the help of auxins is diverted in the bottom branches.

This method originally comes from a failed topping attempt and that is why FIM stands for (Fuck, I Missed) as the story goes that a grower wanted to top his plants but missed and did not cut the entire top shoot off. After this mistake, he just allowed the plant to grow, and to his and many other growers’ surprise, the end result was that the plant produced much more top shoots than when you top it and from that point on many people have experimented with this method and had great results.

FIM compared with topping is a little bit less stressful to your autoflower plants because you cut off less plant mass and that means that your plants will recover faster, but this still is considered a high-stress training method and it will most likely diminish the end yield a bit. But if we compare topping with fimming then the second is obviously better and that is why many autoflower growers use this training method in their growing operations.

The verdict on autoflower fimming and topping

There can be many reasons why you would need to train your autoflowering plants starting from the grow space requirements to limiting your plant growth. Which are also why many growers use LST as well as HST techniques including topping and dimming.

In my opinion, it would be best to use LST as it will create less stress and that will result in bigger plants and more yield.

But if you must choose from high-stress training methods then FIM is better. Since you don’t need any wires, strings, or hooks to train your plants in this manner then I can understand why autoflower growers choose to FIM their plants as it can be done very easily and you don’t need to constantly fine-tune your training method as it is with tie-down LST.

So if you want to train your plants but don’t want to do a lot of work then you can FIM or TOP them but keep in mind that any stress can result in a smaller yield!