How Can You Identify Female Autoflowers?

Females are the diamonds in the cannabis world because they look amazing with that frosty look and they have way more glandular trichomes that hold the psychoactive compound THC and other cannabinoids like CBD. These compounds are the ones that make you high and that heal or relieve a number of illnesses and that is why usually growers avoid male plants and grow only females.

Usually, autoflower female plants are a little smaller and bushier than male plants, and female inter-nodal space is also shorter. These facts make females look way more beautiful and allow them to form dense flowers that we call buds.

Autoflower females start showing flowers right after males and that usually happens in the third or fourth week of growth.

Considering autoflower plant size and that female plants are usually (but not always) smaller and start flowering later, they are easy to spot and after a grower has gained enough experience he/she will be able to spot females in any grow-room only from the form of the plants but till you get that experience here is a little guide to help you identify females!

PRO TIP: There is no difference in autoflower or regular short-day cannabis plants in their flowering habits so you can use this guide for Indica, Sativa, and Ruderalis plants.

Autoflowering female plants start showing their sex in the third or fourth week after sprouting and the first sign that it shows is the pre-flower. These cannabis preflowers usually appear at the top of the plant between the leaf stem and the main stem.

Usually, the first thing that appears on that any cannabis female plant is calyx (tulip-shaped green pod) which at first looks like a little ball, and an inexperienced grower may confuse it with the male pollen sack. But any real expert knows that female calyx sits right in the “crotch” between the leaf and main stems but male pollen sacks are lifted a bit and are facing away from the middle of those stems. 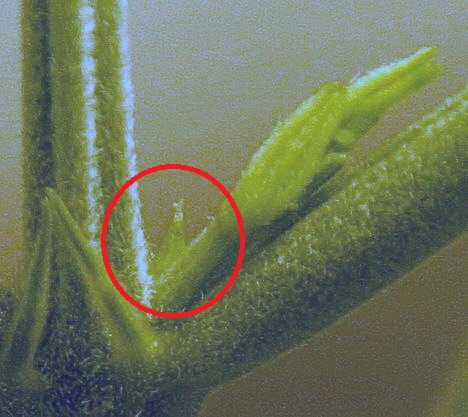 A few hours or a day later this female calyx will show two white hairs that will grow out of the mouth of that tulip-shaped green ball and then you can be completely sure that it is a female plant. 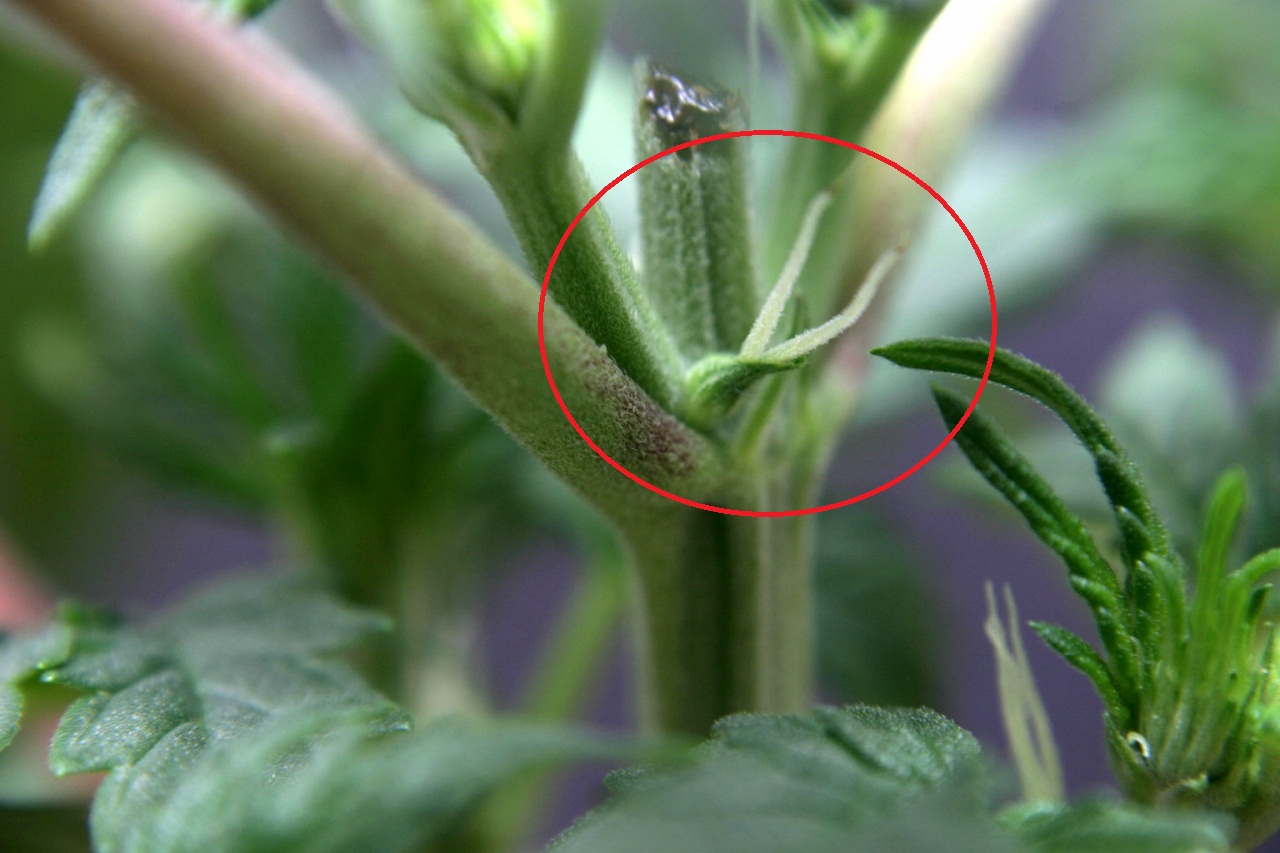 After the first preflowers appear you can just sit back and let the plant grow. These green balls with two white hairs will start to appear in larger and larger quantities every day.

These calyxes will be the most abundant at the top of the cannabis plant. And they will start to form the basis of what will be the flower of this female plant or as we also call it – the BUD. 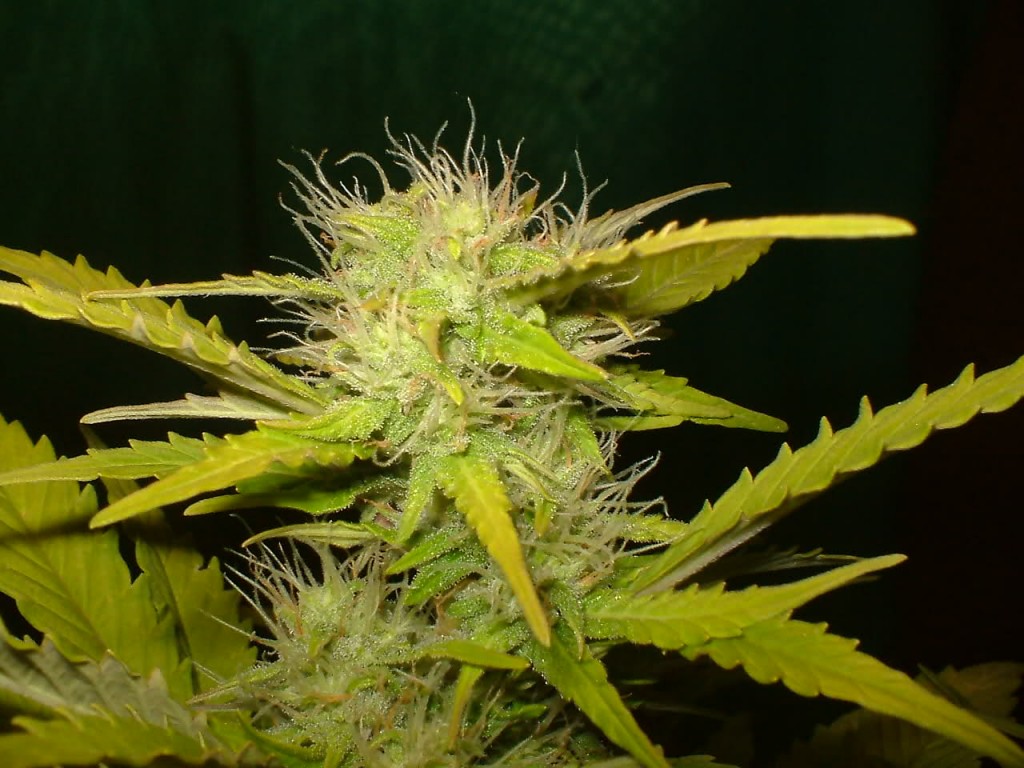 Each of these calyxes is a “seedbed” and potentially each of these tulip-shaped green balls can grow a seed if they get pollinated by male plant pollen.

Basically, if a pollen grain gets on that white hair then it slides in the calyx and the plant starts forming seed so if there is no pollen that could create seeds that female will create more and more calyxes to “capture” some pollen grains.

When there is no male plant around these female plants doesn’t get pollinated and will be a seed-less plant that is the real reason why growers grow only females. When the female plant grows and matures there will be more and more calyxes appearing everywhere and also the resin glands will start to appear more and more.

Autoflowering plants produce resin glands to avoid their seeds to be eaten by animals and to protect them from solar ultraviolet radiation so that they can survive the winter and grow again in the spring but the plant doesn’t know that there are no seeds in the bud and will produce the calyxes and glandular trichomes until they get harvested.

When the end of the autoflower female life cycle gets closer the plants start to really swell up those calyxes and the bud will get more and more resin glands and will look frosty and white. This process happens because the plant knows it will soon die and starts to protect the seeds inside the bud but we exploit this response to get those frosty buds that we love!